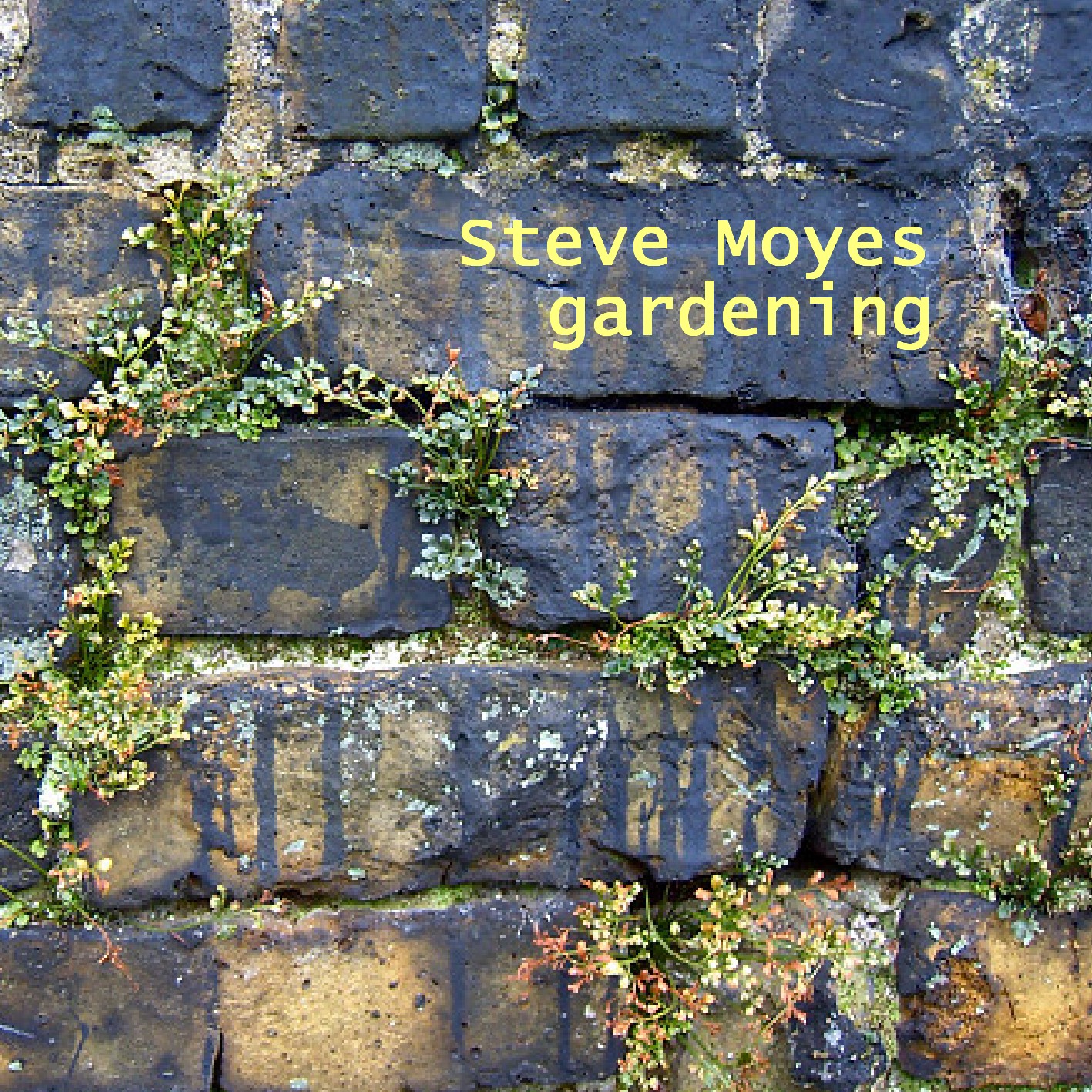 Gardening is a collection of solo acoustic guitar improvisations, performed and recorded by Steve Moyes in the back garden at his home in Gillingham, Kent, England, during the Spring of 2012.

Equipment used: 2 acoustic guitars (one of which is broken), baby knife, hand-held mini fan, 45 rpm record (A Chill At Dawn by Barney Bigard and his Orchestra). Occasionally both guitars were played at once (one with each hand).

"I don't consider myself either an acoustic guitarist or a gardener. When Richard Sanderson suggested I record an acoustic guitar album for Linear Obsessional, I came up with the idea of recording outdoors, in an attempt to inject a greater variety of sounds into the recordings. It also gave me an excuse to be out in my garden, which I like, but not have to feel that I should be lawnmowing, weeding, or pruning, which I don't. Thank you Richard.

Download comes with 12 page A5 booklet of photographs and notes.